The creation of West View directly coincides with the suburbanization and expansion of public transportation in the Pittsburgh area during the late 1800s/early 1900s. By the second half of the 19th century, Pittsburgh was a bustling, prosperous city. However, as the city grew, people increasingly wanted to move farther outside the city to get away from the smoke and soot. The development of streetcar lines throughout Allegheny County allowed people to do just that while still being able to work in the city. In 1892, the Allegheny and Bellevue Street Railways Company finished construction of a streetcar line into Bellevue/West View. The streetcars paved the way for people like Frederick Martsolf to build houses in the suburbs north of Pittsburgh.

A few years later in 1905, the Borough of West View was incorporated. That same year, West View Park opened, ideally situated at the end of a streetcar line. The streetcars allowed people from all over Allegheny County to visit the park in droves. The streetcar tracks in West View ran the length of Center Avenue. The park and the transit companies existed, for the most part, without issue until the 1950s and 60s. After the conclusion of World War II, people returned home to a country whose economy had become the world’s preeminent economy. Automobiles became affordable to many Americans who had not had access to them before. As more and more people purchased new cars, less people relied on public transportation to get around. This put dozens of transit companies in the Pittsburgh area in dire financial situations by the 1960s. In 1964, the Port Authority of Allegheny County began operations and was given the power to consolidate private transit companies. They immediately set about consolidating 33 independent companies into one system. Streetcars did not disappear right away, however they were slowly phased out in favor of buses, which were cheaper and easier to maintain. In 1965, the streetcar tracks that ran down Center Avenue were paved over, effectively ending streetcar service to West View. By 1985, the only streetcar tracks left in the Pittsburgh area became what is now “the T” light rail system.

For West View, streetcars had been an integral part of its formation and growth. The same was true for West View Park. Yet while there may no longer be streetcars running through West View, their impact on the community can still be seen today. 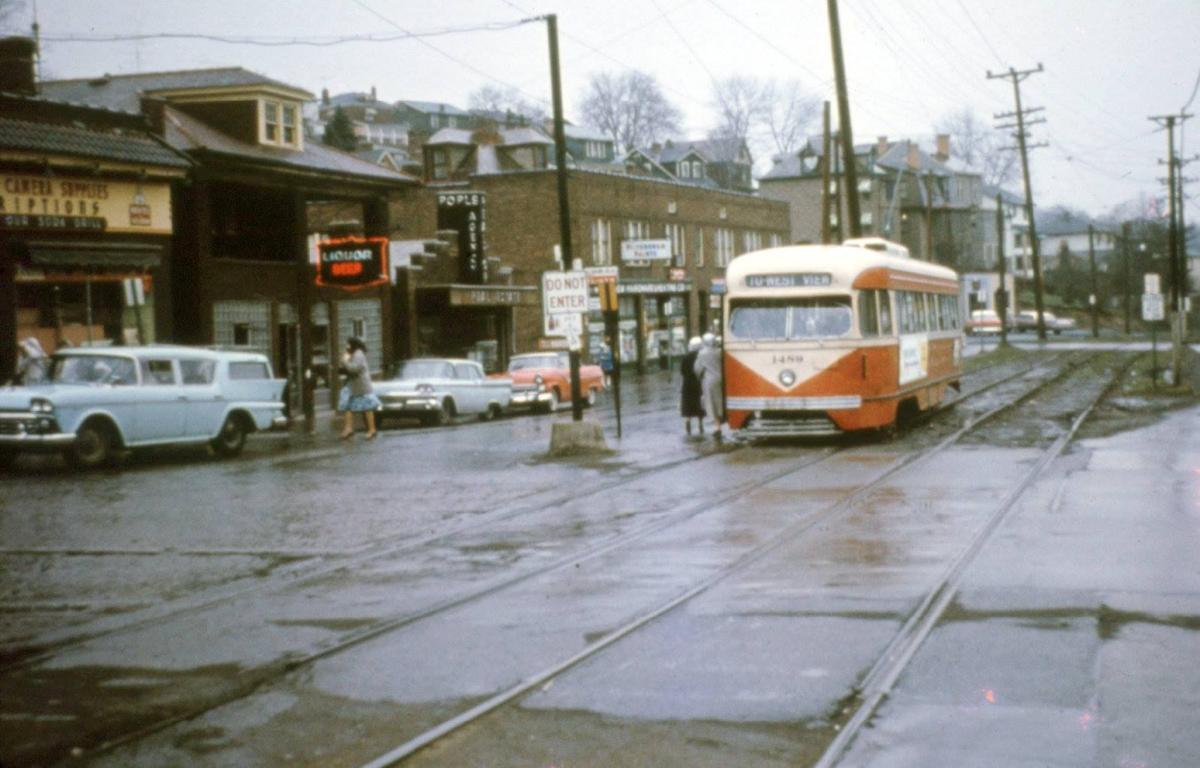 A streetcar at the intersection of Center Avenue and Perry Highway.